What is uptalk, and how can you stop doing it? 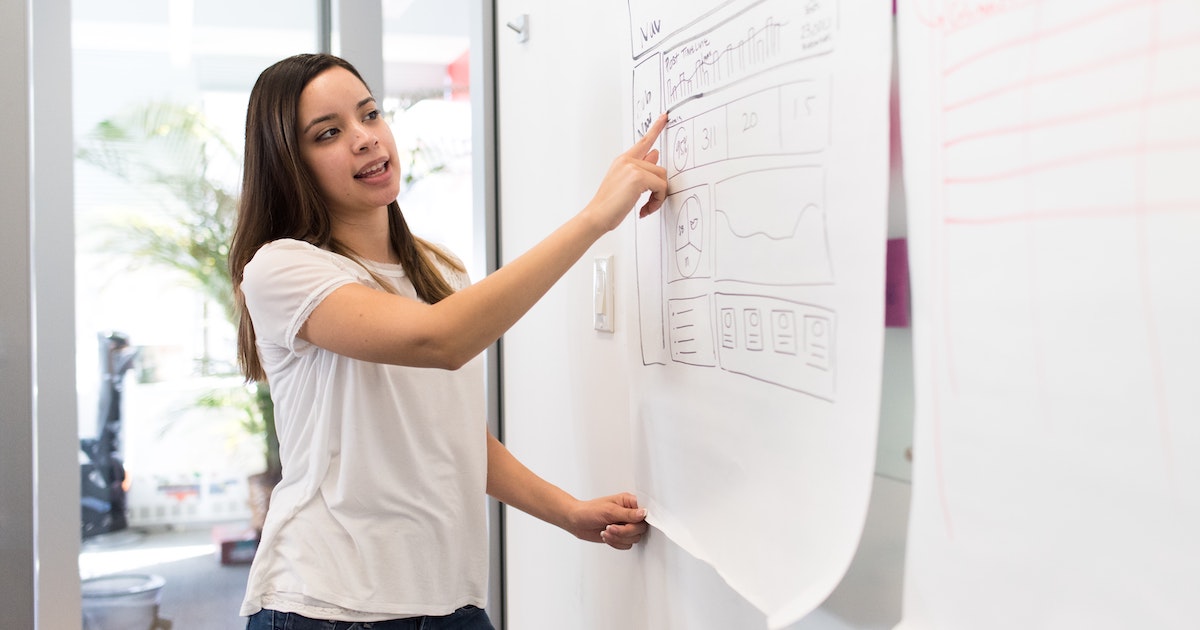 This may be a familiar scenario. You’re speaking in front of an audience — giving a speech, pitching an idea — or conversing normally. You want to speak assertively, but, unintentionally, you turn what was meant to be a declarative sentence into what sounds like a question.

Even if you’re cringing internally at this point, don’t worry because this unintended habit can be addressed with conscious and careful practice. (If you want detailed, personalized feedback that can help you reduce uptalk and other public speaking bad habits, consider using Yoodli, a free AI speech coaching tool.)

Uptalk, also known as upspeak or high-rising intonation (HRI), is the tendency to end a declarative sentence with a rising inflection. A rising pitch can make a statement you intended to come off sounding assured sound instead like you’re posing a yes-no question.

Here is a video showing an example of uptalk.

Do men or women uptalk more?

There is a common misconception that uptalk is seen only in “valley girl speech”, the speaking pattern commonly attributed to young, upper middle-class women living in Southern California (specifically in the commuter communities of the San Fernando Valley).

However, research has shown that uptalk is just as common among men. According to Dr. Libermann at the University of Pennsylvania, “George W. Bush used to do it [uptalk] all the time”.

Why do people uptalk?

You may ask: if uptalk is something negative, why do people still do it?

The answer may lie with Dr. Kami Anderson, an intercultural linguist, who describes uptalking as a “lilt commonly used to soften communication”. By raising your tone at the end of sentences, uptalk allows the speaker to come off as humble and personable, inviting the listener to offer their own (sometimes opposing) opinion.

Although it is used by both genders, women may uptalk in professional settings as a “defense mechanism” to defend against pushy superiors and avoid coming off as “bossy” or “overwhelming”, stereotypes many professional women today continue to fight against.

Why should you avoid uptalking?

However, counterproductively, uptalk can hinder your promotion prospects. Uptalk, while often communicating politeness, also conveys a lack of confidence in what you are saying and a need for consensus. Excessive use of it makes you come off as unprofessional and, occasionally, unintelligent, making it harder for you to be taken seriously.

For example, if you end “I think we should go with option B” with a rising pitch, this makes it sound like you are uncertain of your choice and are looking to your listeners for guidance. This is not the best look on the job, especially when you’re trying to convince your coworkers to take your suggestions on board. Moreover, just as speaking flatly makes you sound boring, overusing uptalk can be monotonous and can confuse listeners. You don’t want your amazing idea to be ignored just because you’ve used a rising inflection to end a couple of sentences.

On the other hand, if you say “I think we should go with option B” without uptalk, you sound self-assured. You sound like you’ve done your research and are confident in the decision you are making. If you convey confidence, it’s easier for others to be confident in you.

Studies have demonstrated the adverse consequences of using uptalk and vocal fry, another linguistic feature by which the speaker speaks in a lower register so that the voice gives off a “frying” or “sizzling” sound. (Listen to an example of vocal fry here). This Times article discusses how speaking with uptalk and vocal fry can hurt your hiring prospects. Other research has found that women who speak with vocal fry are more likely to be perceived as “annoyingly adolescent” and “excruciating”, undermining their social status at work.

Is it always bad to uptalk?

Although uptalk is commonly used to communicate uncertainty, whether consciously or unconsciously, it can convey other things too and can be beneficial.

Uptalk, due to its lilting nature, implies the conversation is unfinished. Uptalk can be used to “hold the floor”, according to this Cambridge article. When telling a narrative, ending sentences on a higher pitch communicates you aren’t done speaking, a cue to listeners to keep paying attention.

More significantly, uptalk commands respect if used to include others in a conversation. Framing statements as questions demonstrates humility, subconsciously indicating to conversation participants that it is socially acceptable to ask clarifying questions or disagree

As a result, uptalk isn’t necessarily a hindrance to promotion. A study examining business and academic meetings held in English in Hong Kong showed that meeting chairs (the most powerful people in the room) used uptalk to three to seven times more than their subordinates. This suggests that upspeak can demonstrate leadership qualities by leaving room for dissent.

So you may be asking if you should use upspeak. The answer: it depends! Use your better judgment to decide whether the situation calls for it. If you’re in a more collaborative setting, use it to promote open dialogue. If you’re giving a presentation to your direct superior, limit uptalk to communicate confidence and self-assuredness.

3 tips on how to stop uptalking

Despite establishing that uptalk isn’t necessarily bad, it’s up to you to learn how to control your intonation and avoid uptalk in inappropriate contexts.

Just follow these three steps and you’ll be good to go!

The first thing to do when starting to alter your speech patterns is to not blame yourself. The APA defines a growth mindset as an understanding that you can improve through hard work and perseverance despite adversity. This means that even if you constantly uptalk, despite your best efforts not to, you are capable of changing if you work hard!

When starting your journey, make realistic goals that, when achieved, will motivate you to continue on your path of self-improvement. In the context of avoiding uptalk, this looks like “I want to reduce my use of uptalk by half by the end of next month” or “I will not uptalk during my next presentation.”

2. Find out when you use uptalk

If uptalking is something you notice you do situationally, take mental notes of occasions when you’ve uptalked. Ask yourself certain questions to narrow down what circumstances induce you to uptalk. For example, ask:

Once you are aware of your habits, you can consciously reduce the amount you uptalk the next time you find yourself in that specific situation.

Start small. Imagine you’re preparing for a presentation. Record yourself delivering your pitch and note down sentences where you’ve unintentionally used uptalk.

Write these sentences down on a cue card and annotate them with downward arrows to indicate you should end the sentence with a falling pitch. Practice saying these sentences aloud without uptalk.

You’re not going to be imperfect immediately, but it’s the first step that counts.

After you have practiced avoiding uptalk, get loved ones to listen to you speak and ask them for feedback.

However, if you want the convenience of practicing even when alone, record your speech and upload it to the AI speaking coach Yoodli. Besides giving you feedback on whether you uptalk, Yoodli will analyze and give you recommendations based on your use of filler words, posture, gestures, and more.

At the end of the day, you should feel confident in how you present yourself, whether in a personal or professional setting. To do this, take small steps you feel comfortable with. Practice deliberately. But always be proud of yourself no matter what stage of your speaking journey you’re at.

If you keep at it, there’s nothing you can’t do!