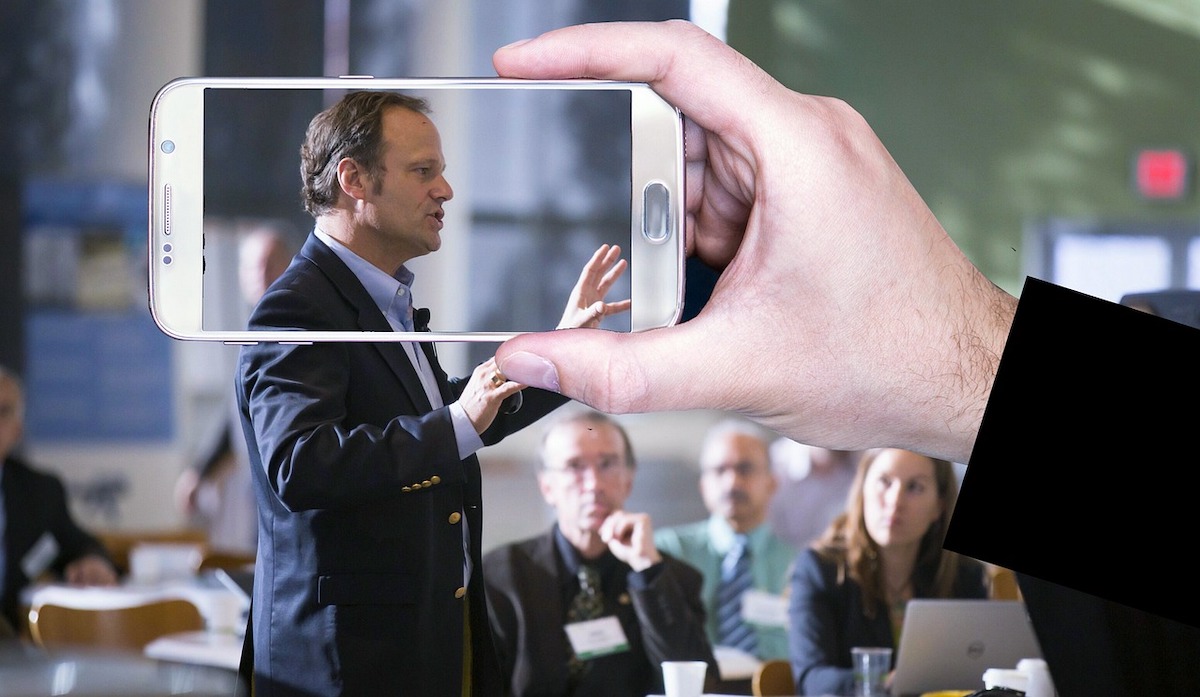 Last weekend I attended a Toastmasters club meeting for the first time. I’d heard about Toastmasters over the years, and I finally experienced it for myself.

Continue reading to learn what the Toastmasters club experience was like for me.

I can’t remember the first time I heard about Toastmasters, but it had to be many years ago. All I knew is that people got together to practice public speaking.

A few weeks ago, Yoodli (a partner of Toastmasters) asked me to write a series of articles about Toastmasters for the blog. I enjoyed getting to know the organization from their website and videos. But, I wanted to get the Toastmasters club experience for myself.

So, what is Toastmasters like? Here’s my personal experience.

I live in a small, remote town in the Northwoods of Wisconsin. The closest Toastmasters club to me is in Duluth, Minnesota. I didn’t have any trouble finding a club in Duluth (they have a few). Gratefully, I found a club that meets virtually.

I messaged the club’s contact (the treasurer), and he promptly responded with information about their next meeting. He assured me I’d be welcome to attend. Guests attend for free, and that’s true for any Toastmasters club.

The agenda also included the Word of the Day (“squirrelly”) along with its definition and an example of how it’s used. Each Toastmasters club meeting has a Word of the Day. Chosen by the club Grammarian, it’s designed to help members expand their vocabularies. The idea is to use the word when possible during the meeting.

Of course, the agenda laid out the elements of the meeting. I had already gotten an idea of the Toastmasters culture from the friendliness and organization I’d experienced with the treasurer and the Toastmaster. The agenda reinforced the “organized” aspect of Toastmasters culture. A specific time accompanied each agenda item—everything from the Meet and Greet at 7:40 a.m. to the Adjournment at 9:45 a.m.

I have to admit that, at first, it was a bit overwhelming. We had thirteen main agenda items, several of which were broken down into sub items with details. On the other hand, I appreciated the organized approach and the attention to detail. It sent the message that they respect our time and intend to stick to the agenda.

Just before the 7:40 Meet and Greet, I clicked on the Zoom link for the meeting. I saw several smiling faces, and they greeted me warmly. They all seemed to know that I was a guest and expected me to attend. We exchanged pleasantries as more people joined.

A few minutes in, I noticed that one of the Zoom participants was “Elizabeth’s Yoodli.” I remembered that I’d connected my Yoodli account with my Zoom account. I explained to the others that it’s a software integration that provides an analysis of each participant’s word choice, listening, and delivery. It also instantly provides a transcript of the meeting, which is really nice to have. Not only is it helpful for meetings, it’s indispensable when practicing a speech. (This is why Toastmasters partners with Yoodli!)

Here’s a screenshot from the report I received after the meeting:

At 7:45 (just as the agenda directed), the evaluation teams met with the speakers in a Zoom breakout room. While I don’t know what happened in that ten-minute session, I imagine they discussed what would be evaluated during the speeches.

It was interesting to see that, while all Toastmasters clubs have the same overall goal and culture, each one has their own emphasis and personality.

The president briefly introduced the guests (I wasn’t the only one) and the Toastmaster. While club officers don’t change from meeting to meeting, roles such as Toastmaster do. Other roles include Grammarian, Timer, Speaker, Evaluator, and General Evaluator.

I was pleased to see a young lady (perhaps college-age) in the General Evaluator role, and she did a fine job. Toastmasters is open to people who are at least 18 years old, but they do have programs for teens. I wondered whether this young lady participated in these, because she already exhibited excellent confidence and leadership.

The General Evaluator took several minutes to explain her job and to introduce members serving in the various meeting roles so they could explain their responsibilities.

At 8:40, the Toastmaster introduced the first of two speakers. The agenda indicated that his speech was part of “Project: Dynamic Leadership, Level 2, Know Your Humor.” I wrote an article about Pathways, so I recognized that this project is part of that online learning experience.

Speaker #1’s speech lasted about eight minutes. He told a humorous story in which he changed, not only his Zoom background, but various aspects of his appearance to match what happened in the story.

Immediately after Speaker #1 finished, we all applauded, and the Toastmaster introduced one minute of silence so that the evaluators could make notes.

Next, the Toastmaster introduced the second and final speaker.  She, too, spoke for about eight minutes. Her speech, which included maps and images, described what it’s like to teach in a remote part of northern Ontario in Canada.

The agenda indicated that the speech related to Pathways “Project: Effective Coaching, Level 3, Using Descriptive Language.” I remember one bit of descriptive language in particular that gave me a picture of northern Ontario. She told about driving at night, with the only light being her car’s headlights and their reflection on the snow.

At the conclusion of her speech, we once again applauded and paused for a minute of silence. During each speech, the Timer held up color-coded paper to let the speaker know how much time they had left.

We took a five-minute break at 9:00. After that, the two evaluation teams gave their reports on the speeches. Audience members also had a chance to share their feedback. One of the evaluators called on me, which hit me by surprise. I would like to have known that was a possibility so I could’ve been prepared, but impromptu speaking is a skill worth developing, right?!

Following the evaluations, we heard a report from the Grammarian. She talked about how people used “squirrelly” during the meeting. Apparently it didn’t matter a whole lot that the word wasn’t always used correctly; they were pretty informal and had fun with it.

Speaking of fun, a few times during the meeting, the Toastmaster asked squirrel-related trivia questions. We used the Zoom chat feature to answer. It was a thrilling moment when I came in first in identifying a picture of Rocky (of Bullwinkle fame)!

Next, the Timer and the General Evaluator gave their reports. The Toastmaster presented the Best Evaluator Award. It seems that votes taken during the meeting determined the winner (as a guest, I didn’t participate).

Around 9:40, the club president led what the agenda called the “business meeting.” It lasted just a few minutes and consisted of guest comments and closing remarks. They briefly mentioned a Toastmasters speech contest on the calendar. They also reviewed roles for the next meeting. Around 9:50 (a few minutes past schedule), the meeting adjourned.

Not all clubs have meetings that last as long as this one. (Not that it seemed long; the pace was good, and it kept moving.) Many clubs meet for an hour or two once a week. This club meets once a month for two hours.

Is Toastmasters for You?

This is just my experience with one club meeting. I’m grateful for it, and I learned things I couldn’t have learned from their website. There’s no substitute for experience!

I encourage you to check out Toastmasters for yourself. Explore the benefits of membership, and attend a club meeting in your area or online. I’m sure they’ll be happy to welcome you just as they welcomed me.