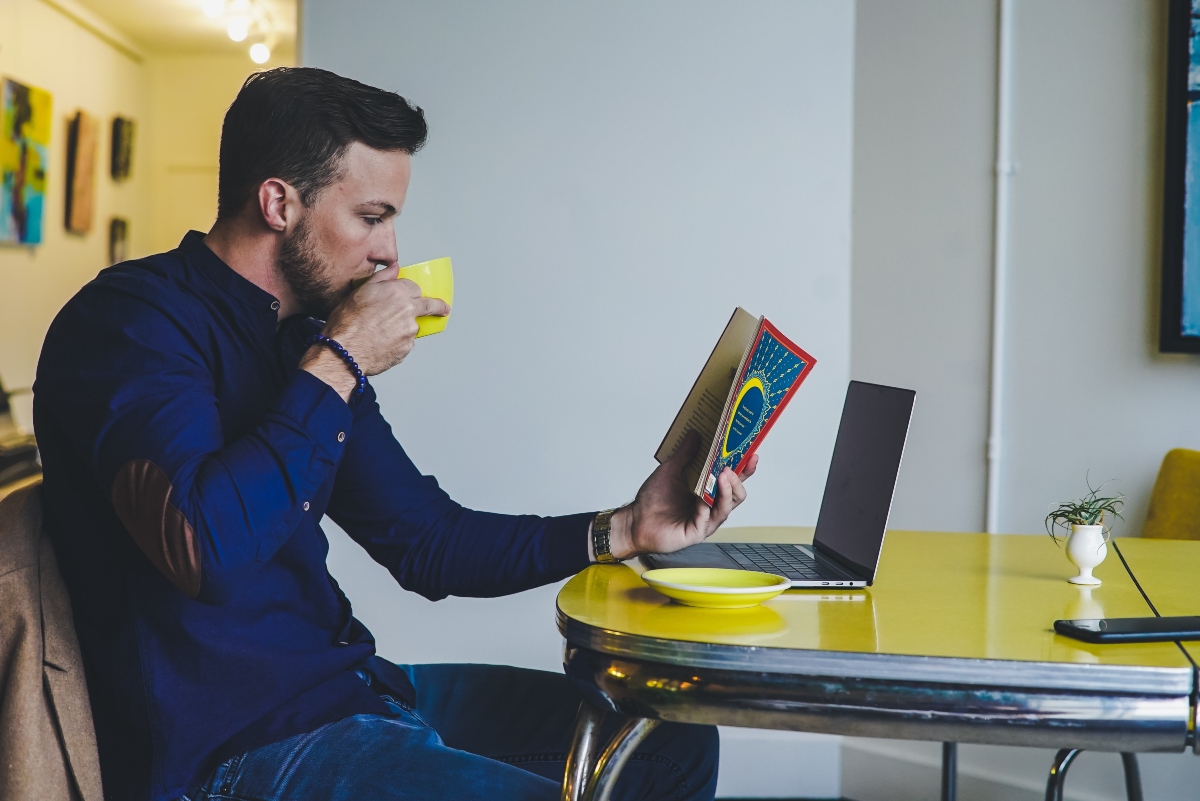 If speaking in public makes you uncomfortable, you’re not alone.

Glossophobia — more commonly known as the fear of public speaking — is actually very common. In fact, between 72-75% of people have anxiety or fear around public speaking.

Although Yoodli offers some more hands-on practice through video tutorials and clear-cut information on everything from presentation techniques to uptalk, books on public speaking are a great complementary option for those tackling their fear.

If you’re exploring ways to improve your public speaking skills, there’s a pretty good chance you’ve heard of Chris Anderson’s book. There’s an even better chance you’ve heard of TED Talks — speeches that run 20 minutes or less and present innovative, influential ideas and topics. Anderson is the curator of TED, and his guide to public speaking covers the most important aspects of giving a successful speech while also emphasizing that every talk is its own unique experience. In addition to that, he also provides examples of a few techniques for public speakers to avoid.

2. “Speak With No Fear” by Mike Acker

Mike Acker eloquently spells out how to be a better public communicator through “Speak With No Fear: Go From a Nervous, Nauseated, and Sweaty Speaker to an Excited, Energized, and Passionate Presenter.” Acker’s book and his strategies stand out, as they’re applicable to speeches as small as a birthday toast to an audience of hundreds. Readers can build on his seven strategies — from imagining the worst possible scenario to channeling your anxiety into a positive outcome — to completely transform their public speaking abilities.

3. “Confessions of a Public Speaker” by Scott Berkun

Scott Berkun’s book stands out as one of the most versatile books on our list, as he guides readers through how to be an effective communicator to anyone. “Confessions of a Public Speaker” might also be the most hilarious book of the seven. Berkun’s personal experiences are highlighted throughout. He doesn’t shy away from past embarrassments but rather uses them as valuable learning experiences worth sharing. Berkun also details his public speaking successes from over a decade of determined practice.

4. “The Art of Public Speaking” by Dale Carnegie

Published in 1915, “The Art of Public Speaking” is a classic, tried-and-true, no-nonsense guide to effective communication, from the initial prep work to the actual presentation. Carnegie’s secret to successful public speaking? Practice. He emphasizes the sheer importance of focusing on the positive while also putting in the effort. Confidence is another huge theme explored in “The Art of Public Speaking,” and Carnegie’s book is considered foundational for anyone who wants to improve their public speaking skills.

Women, in particular, often face even more challenges with regard to public speaking. Many women attest to the fact that they’re usually held to impossibly high standards when compared to men, and authors Lois Phillips and Anita Perez Ferguson use their own experiences to break down this phenomenon. The determination seen in “Women Seen and Heard” is not only inspiring but also leverages pertinent public speaking tips to improve communication.

6. “The Quick and Easy Way to Effective Speaking” by Dale Carnegie

Again, Dale Carnegie breaks down public speaking in one of his other most popular books, “The Quick and Easy Way to Effective Speaking,” through simple, actionable techniques that anyone can implement. In this book, you’ll learn the basics of compelling public speaking, as well as the critical aspects and methods central to efficient communication. Considered a communication classic, Carnegie’s take on public speaking will completely transform not only your own communication skills but also the way you view public speaking as a whole.

7. “Public Speaking for Authors, Creatives and Other Introverts” by Joanna Penn

If you’re an introvert, public speaking may be even more difficult or overwhelming for you. Luckily, we have Joanna Penn to walk us through the ends and outs of public speaking. Penn focuses on three aspects of communication: the practicalities of speaking, your mindset, and what she calls “the speaking business.” The way she sees it, all creatives will have to present and communicate ideas in front of an audience at some point, so you might as well put in the energy and effort to learn how to do it effectively. Although the book is tailored toward creatives and other introverts, Penn’s strategies are applicable to anyone who aims to improve their public speaking abilities.

For folks looking to practice the material they learn in their books, check out and practice with the resources at Yoodli.